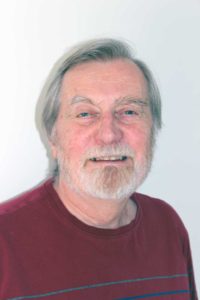 I am a retired university academic living in a village in North Essex in the UK who has three grown-up children and three grandchildren so far – two in the UK and one in the USA. Once I had given up the day job and run out of research material to publish I turned my hand to writing fiction. Since I began in 2011 I have published 17 adult stories so far. These have been on humorous, science fiction, horror, detective and more general themes. I have also published a low volume novel about a Neolithic Detective in ancient Malta. I’ve never had so much fun with a keyboard. I first began making up stories for my own children when they were young. I always enjoyed reading children’s books – their mother is a retired Children and Schools Librarian – but by making up some stories it was possible to craft them to be more personal and to include allusions to friends, favourite toys, etc. Of course, as young children do, they liked certain stories to be repeated and didn’t like it when I accidentally changed the plot or characters so I began to take notes to avoid mistakes. I recently found these notes and thought that suitably rewritten, they might appeal to other people’s children. The present story is one such. Now, of course, I read to my own grandchildren which is just as much fun.

John and Anna are friends. They help each other. Anna can’t walk very well.

This is a modern take on a fairy tale. The King says the Princess must marry to ensure the succession but maybe the Princess has other ideas.

Freddie doesn’t want to co-operate with anything Mum wants to do today but Mum is too clever for him.

Freddie can’t get to sleep and tries to think up a story but has a fantasy adventure instead.