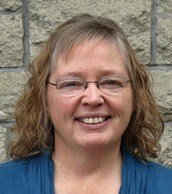 I am the author of a trilogy of historical novels for young readers about the Finnish Mäki family in early Thunder Bay, Ontario, Canada. SECOND WATCH (Sono Nis Press, 2005) was inspired by the tale of my Finnish grandmother’s silver spoon and the 1914 wreck of the Canadian Pacific steamship Empress of Ireland —Canada’s Titanic. “Saara, this will be a travelling year for you!” predicts Uncle Arvo—but Saara’s journey takes her further than anyone could have imagined. The sequel, SAARA’S PASSAGE (Sono Nis Press, 2008), was also inspired by my Finnish grandmother. Mystery surrounded her battle with tuberculosis until after her death, when our family discovered letters she had written to her infant daughter while quarantined with TB. What is the purpose of my life? asks Saara. After surviving one of the worst marine disasters in Canadian history, she still feels a little at sea. As the First World War looms, tuberculosis strikes her family, and Saara’s next passage takes her into entirely unfamiliar waters. SABOTAGE (Sono Nis Press, 2013) completes the trilogy. Told in Saara’s and her brother John’s alternating points of view, SABOTAGE is an adventure tale based on real espionage, sabotage, and paranoia in Canada during the Great War. German spies? Sabotage plots? Innocent people interned in camps? Believe it or not, this is northwestern Ontario in 1915. The danger hits close to home for battling siblings Saara and John. Can they work together to save their family? In addition to writing, I thoroughly enjoy presenting to students and sharing my passion for research and the resulting “jigsaw puzzle” of transforming historical facts into a fascinating story. Find out more at: www.karenautio.com and www.facebook.com/KarenAutioAuthor

After a crushing defeat early in the chess tournament, ten-year-old Ben discovers staying in the game has its reward.