Mrs Winnington was called Winnie by everyone. She lived in a very big house with many bedrooms. The house was very close to a girls’ boarding school, The Proper Lady’s Academy.  Most of the girls attending this school were boarders and went home only for the summer, Christmas and Easter holidays.

However twelve girls lived not as far from the school as the boarders and they stayed with Winnie from Mondays to Fridays. Then their parents would call for them and drive them home for the weekends. Winnie looked after the girls, cooked them breakfast every morning and dinner every evening. She made sure that they went into the big warm bright front room after dinner and studied for their exams. She sometimes helped them with their homework.

Winnie had a cat called Feathery because he had a big fluffy tail.  She was very fond of this cat and always said that Feathery was the cleverest cat in the world.  The girls did not believe that, and they would smile and wink at one another behind Winnie’s back! However they loved stroking Feathery’s tail. 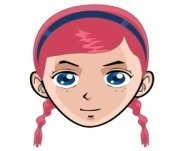 One Tuesday morning when the girls were getting seated for their breakfasts, one of them, Anna, ran into the dining room and told them all:  ‘The watch that my parents gave me for my birthday is missing. I took it off last night before going to bed and it was gone when I got up this morning!’

Winnie was as upset about the missing watch as Anne. ‘This is terrible,’ she said.  We may have a thief amongst us. We will have to be very vigilant.’

The following morning, Wednesday, at breakfast-time another girl, Betty, declared: ‘Someone stole my gold bracelet last night. It was missing this morning.  It was a present from my favourite Aunt.’

Again Winnie was upset and told the girls:

‘Girls have never had to lock their bedrooms in my house up to now. I hope this theft stops.’

But on Thursday morning another girl, Candice, told them that her necklace had been stolen during the night.

‘If this goes on for much longer, I will have to call in the police,’ said Winnie.

On Friday morning when the girls came downstairs for breakfast, Winnie told them all:

‘Last night, while I was sleeping, the thief came into my room and stole my pearl earrings.’

‘Don’t worry, girls’ said Winnie. ‘I was asleep when the thief came into my room, but Feathery was awake and he saw what happened. Feathery is the cleverest cat in the world and he will identify the girl who has been stealing jewellery in this house.’

Winnie continued: ‘I have left Feathery in my bedroom.  I want every girl to go in there, one at a time. Each girl must stroke Feathery’s big tail. Feathery loves that, but he knows which girl stole my earrings and he will scratch that girl with his sharp claws.’ 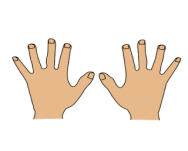 ‘You’re the one who has been stealing! Go up to your bedroom and hand over the stolen jewellery. I will phone your parents to tell them to come and collect you.  Stay in your room until they come. I will have to tell them that you cannot return here.’

All of the stolen jewellery was handed back.

Later that day when the girls returned from school to Winnie’s house, the girl who had stolen the jewellery had gone.

‘Your cat is amazing,’ the girls told Winnie. ‘She is the cleverest cat in the world.’

‘That may be so,’ said Winnie, ‘but I must tell you how I caught the robber. When I found that my earrings were missing, I sprayed some of my perfume on Feathery’s tail.  When you girls stroked his tail, I was able to smell it off your hands.  But one girl had no smell at all.  She was obviously afraid Feathery would scratch her so she did not stroke his tail. I knew this girl was the thief!’

‘We thought it was Feathery’s cleverness,’ said the girls. But as she winked slyly at them, Winnie said: ’No, no. Feathery may be the cleverest cat in the world, but he is only a cat. I was the clever one.’

And all the girls agreed with her.

Please rate this story from 1 to 10 stars. 10 stars means you really liked it!
Rating: 8.45/10. From 92 votes.
Please wait...
- Total nr. of readings: 4,408 Copyright © The author [2020] All Rights Reserved. This story may not be reproduced without the express written permission of the author except for personal use.
Share? Thanks!

Fido has gone missing, so Raddegy Ann and her friends go on a rescue mission.

On her twelfth birthday, a girl feels overshadowed by her baby brother.

A magical girl is sent to stop a dinosaur destroying an island.

Althea, a young scribe from the village of Malcrest, finds herself in an unknown land, struggling to return home to her family.

Tom is worried about his grandad so sets out to visit.

The Night After Christmas

In this poem also by Clement Clarke Moore, we hear about a different visitor on the night AFTER Christmas!

One thought on “Winnie is Clever”