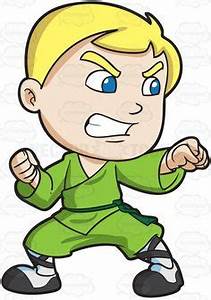 As Judishi made the long journey to the Master’s temple, phrases of defeat repeated in his mind. However, he believed the answer to his questions was held inside the temple. Judishi thought about his question, “Will I ever be the master?” When he arrived, he noticed the temple door was open with no one in sight. He entered and patiently waited. Suddenly, the Master appeared.

Judishi stood frozen as he watched the Master move about in the temple. Phrases of defeat continued to play in his mind. The Master knew his struggles but asked him anyway, “Do you want to master in Nue-Mi, spiritual warfare?”

Judishi thought about the question for a moment. Before he could answer, Master Sunn interrupted, “You are skilled in fighting, and your strength is great. You must pass three challenges before you can be fit to be a master. Where is the Master’s Temple?”

Judishi looked puzzled. The question seemed too easy. He answered, “Sir, we are standing in the temple, aren’t we?”

Master Sunn only smiled, not telling him he was wrong.

Master Sunn explained that Judishi’s skills would be tested during three difficult challenges. “In each challenge, look deep within and you will find a secret weapon that will help you defeat your opponent. Your physical strength is not enough to overcome your opponent. These secret weapons are the key to overcoming. As you win each challenge, you will unlock three hidden rewards inside you all securing your ultimate victory.”

The Master lead Judishi to the gardens where he was to meet his first challenger. His opponent wasted no time, running towards him to attack. Judishi dodged him, found his balance and stepped back to prepare for a counterattack. Holding nothing back, he launched his best move, a reverse double kick. His opponent was is prepared for the kick and ducked. But he quickly responded with a jab to Judishi’s stomach knocking the breath out of him. As he fell to the ground gasping for air, he heard the familiar words repeating in his mind, “I don’t want to try anymore.”

But from deep within another voice cried out, “I must get up and try.” As he repeated the words of encouragement, he activated his best fighting skills and his opponent became weaker. Judishi looked down at his feet and saw his secret weapon – a sword. The moment Judishi grabbed the sword, his mind lit up with positive words that began to flow out of his mouth. With each swing of the sword, a mighty word was spoken.

“I can defeat my opponent! I am a mighty warrior! I will keep trying! I will not grow weary!”

As he repeated these words, the sword gradually disappeared. Judishi learned the power was in speaking the words, not in swinging the sword.

After defeating his first opponent, the Master came out to congratulate him and give him his first reward – a Bronze Coin. The coin was a symbol of motivation to encourage him to keep trying for what he truly desires, even if it appears he may lose.

The Master walked Judishi to the courtyard where his second challenger awaited him. Standing before him was a mighty giant who was laughing and making fun of him. Judishi could only focus on the insults, as they seemed to be growing louder. Distracted by all the noise, he did not see his opponent coming at him from the side. With this sneaky and clever attack, Judishi hit the ground in great pain holding his ribs. As he lay on the ground, he could only think how foolish he was to be sidetracked by the giant’s insults. His opponent began yelling at him to give up.

Judishi remembered his bronze coin and how it represented motivation. In that moment, he chose to keep fighting. Suddenly he felt something attach to his body. What could this be? It was his second secret weapon – his armour.

“I know this looks difficult and impossible, but I have to keep fighting. I will become the master,” yelled Judishi. His opponent continued to attack but this did not move Judishi. He remained strong in the fight. His armour protected him. Finally, the giant was too exhausted and collapsed to the ground in defeat. Once again, the Master appeared to congratulate him and present his reward. This time, a Silver Coin. The coin was a symbol of determination to strengthen him to continue when things get difficult. Like his armour, his determination would protect and secure him.

The Master led Judishi into the Temple to meet his final challenger. He noticed that his first and second opponents were present. Thinking to himself he said, “This does not make sense. If I defeated opponents one and two, why are they back?”

When he looked in the temple mirror, he saw himself as all three opponents. He realized he was his own worst enemy.  With a loud thump, his two coins appeared. He picked up motivation and determination. He levelled up with great power, armed with a large shield, his third secret weapon. Words of defeat appeared in the mirror. His heart sank.

Master Sunn, forcefully flipped the mirror around. Judishi only saw himself, not the defeat. The Master said, “Judishi, don’t look at what is in front of you, look within, the master is inside of you. One last time, where is the Master’s temple?”

Judishi smiled in the mirror, holding his shield high saying confidently, “The Master’s temple is inside of me and the master lives within me.”  A bright light glowed through the mirror blaring powerful victorious words, “You are the third challenge reward — my Gold Coin. You are a symbol of Discipline.”

Within the master’s temple, activate your victory!

A true master is known by his faith-filled words.

Please rate this story from 1 to 10 stars. 10 stars means you really liked it!
Rating: 7.90/10. From 39 votes.
Please wait...
- Total nr. of readings: 1,245 Copyright © The author [2020] All Rights Reserved. This story may not be reproduced without the express written permission of the author except for personal use.
Share? Thanks!

Sandra gets quizzed by her friends because her family is not celebrating Christmas.

Ella the rabbit doesn't like the way she looks because she is not like all the other rabbits in the forest. She decides to do something about it, but when things go terribly wrong, she learns a valuable lesson.

A brother and sister run away from home to escape their wicked stepmother, who is also a witch.

Princess Rose and the Golden Bird

A wicked witch curses the beautiful princess who sings every night with a golden bird.

It is all about showing that even small people can defeat bigger ones with their brains.

Peter receives a pair of pyjamas from his Granny, however as soon as he starts to wear them at night, strange things start to happen.