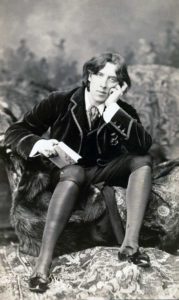 Oscar Wilde (16 October 1854 – 30 November 1900) was an Irish writer and poet. After writing in different forms throughout the 1880s, he became one of London’s most popular playwrights in the early 1890s. Wilde published The Happy Prince and Other Tales in 1888, and had been regularly writing fairy stories for magazines.

A pompous rocket boasts to everyone how remarkable he is going to be when he is let off.

A bird tells a rat a story about a kind gardener and his friend, a rich miller, who didn’t understand the meaning of friendship.

A selfish giant owns a beautiful garden but won’t let the children play in it.

The Nightingale and the Rose

A nightingale sacrifices herself so that a student can have a red rose to bring the girl he loves.

The Happy Prince, a statue, asks a swallow to take his precious stones and gold leaf to give to the poor who are suffering.