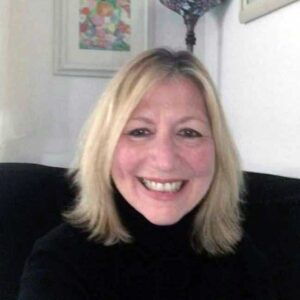 Deborah Hunt is a doctorally prepared nursing professor who lives in New York with her family and the incorrigible Chewy Belle. Deborah has published multiple nursing articles, three nursing textbooks, several short stories for children, two picture books, a chapter book, a middle-grade book, an activity book, and a self-care book that she wrote with her daughter. This book also has contributions from her sons and future daughter-in-law. Writing this book that won the Gold Award from Literary Titan with her family was one of the highlights of her career.

The Visitor from 4-D was released in December 2019 and has already received several awards. Her debut picture book Same Inside Different Outside won first place in the 2017 Royal Dragonfly Awards and her debut chapter book The One Eyed Pug won an Honorable Mention and both of these books received the Silver Award from Literary Titan.

Deborah writes every day and loves attending book events to share her books, journey as a writer, and passion for writing. She also loves the beach, painting, and hiking and dreams of someday owning a farm that has lots of puppies. Her picture book Booch the Pooch that was inspired by someone who is very special to her will be published by Hurn Publications in 2022. Deborah is thrilled that her latest picture No Dinosaurs Allowed, will be published by Hurn Publications in 2021. She also has a middle-grade book Hannah and the Hobgoblins and a picture book biography Dale Earnhardt: Destined to Race (co-authored with Scott Murphy) being published by Waldorf Publishers in 2021.

The Most Unusual Zoo

Four brothers see some very odd animal bugs at the strangest zoo in the universe.