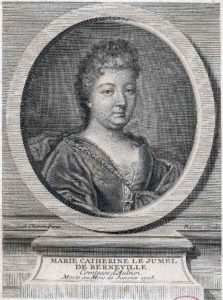 Marie-Catherine Le Jumel de Barneville, Baroness d’Aulnoy (1650/1651–4 January 1705), also known as Countess d’Aulnoy, was a French writer known for her fairy tales. When she termed her works contes de fées (fairy tales), she originated the term that is now generally used for the genre.

Three sons compete to inherit the kingdom from their father. One of them ends up in the castle of a mysterious cat.