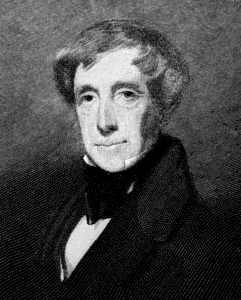 Clement Clarke Moore (July 15, 1779 – July 10, 1863) was an American Professor of Oriental and Greek Literature, as well as Divinity and Biblical Learning in New York City. He is the author of the famous Christmas poem “A Visit from St. Nicholas,” which later became famous as “‘Twas the Night Before Christmas.” The poem was at first published anonymously in 1823, as Moore had written it initially for his children and was afraid his reputation as a scholar might be impacted. He finally published it in an anthology of his works, Poems, in 1844, at the insistence of his children, thereby acknowledging his authorship.

The Night After Christmas

In this poem also by Clement Clarke Moore, we hear about a different visitor on the night AFTER Christmas!

‘Twas the night before Christmas

The famous poem by Clement Clarke Moore about one Christmas eve and the arrival of you-know-who down the chimney.