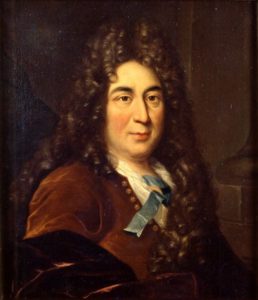 Charles Perrault (12 January 1628 – 16 May 1703) was a French author and member of the Académie française. He laid the foundations for a new literary genre, the fairy tale, with his works derived from pre-existing folk tales. The best known of his tales include Le Petit Chaperon rouge (Little Red Riding Hood), Cendrillon (Cinderella), Le Chat Botté (Puss in Boots), La Belle au bois dormant (The Sleeping Beauty) and La Barbe bleue (Bluebeard). Many of Perrault’s stories, which were rewritten by the Brothers Grimm, continue to be printed and have been adapted to opera, ballet (such as Tchaikovsky’s The Sleeping Beauty), theatre, and film (Disney). Perrault was an influential figure in the 17th-century French literary scene, and was the leader of the Modern faction during the “Quarrel of the Ancients and the Moderns.”

Cinderella gets to go to the ball thanks to her kind fairy godmother.

A miller’s son inherits a clever cat who helps him win power and fortune.

A mean fairy casts a spell on a young girl. Can she avoid pricking herself on a spindle until she is sixteen? Includes an audio narration by Sharon Blumberg.