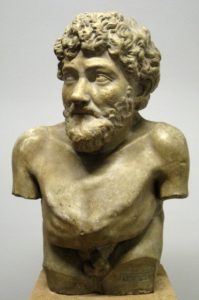 Aesop (circa 620–564 BC) was an Ancient Greek story teller credited with a number of fables now collectively known as Aesop’s Fables. Although his existence remains uncertain and (if they ever existed) no writings by him survive, numerous tales credited to him were gathered across the centuries and in many languages

All of Aesop’s fables, beautifully illustrated by Milo Winter. Dip in and out, each one only takes a minute or two.